As outlined in the previous newsletter,  the AASP Summer School in Auckland (Aug, 2017) was attended by 19 students from several different Asian countries and others (including Indonesia, China, Philippines, Germany and so on) . They were broken up into four research streams led by an international team of social psychologists.  Although it was officially entitled as a ‘summer’ school, being held in the southern hemisphere meant that it was actually winter! The venue was the lovely (albeit chilly at the time) Kawaipurapura Retreat with the students residing dormitory style, and sessions taking place, in a traditional marae-style room (see picture with Liz Jones leading the class).  The topics of the 4 research-school streams were:  i) ‘Quasi- experimental designs’ led by William Crano (USA); (ii) ‘Health Communication’ led by Liz Jones (Australia); (iii) ‘Fear of Ageing in Asia’  led by  Darrin Hodgetts (NZ) and Dr. Wendy Li (Australia) & (iv) ‘Vitality of Urban Multilingualism (VuM)’ led by Itesh Sachdev (UK).  The all-day working sessions (over 4 days) included presentations by the leaders and students, workshops with the whole body of students as well as working with fellows within each research stream. The main aim of the school was for the research teams to draft outline research proposals and present them on the final day to the whole school. The atmosphere of the school was lovely and lively, with critical and friendly collaboarations and cross-fertilisation of ideas.  Lovely vegetarian and vegan fare was served in accordance with the spiritual aims of the venue,  and we even managed to give a surprise birthday cake to William Crano! A stimulating work, social and spiritual time was had by all participants. AASP has offerd to support these students to follow up on their work together by providing $1000 funding per working group, in the hopes that they can realize their projects and present the results at the next AASP conference in Taipei in 2019. 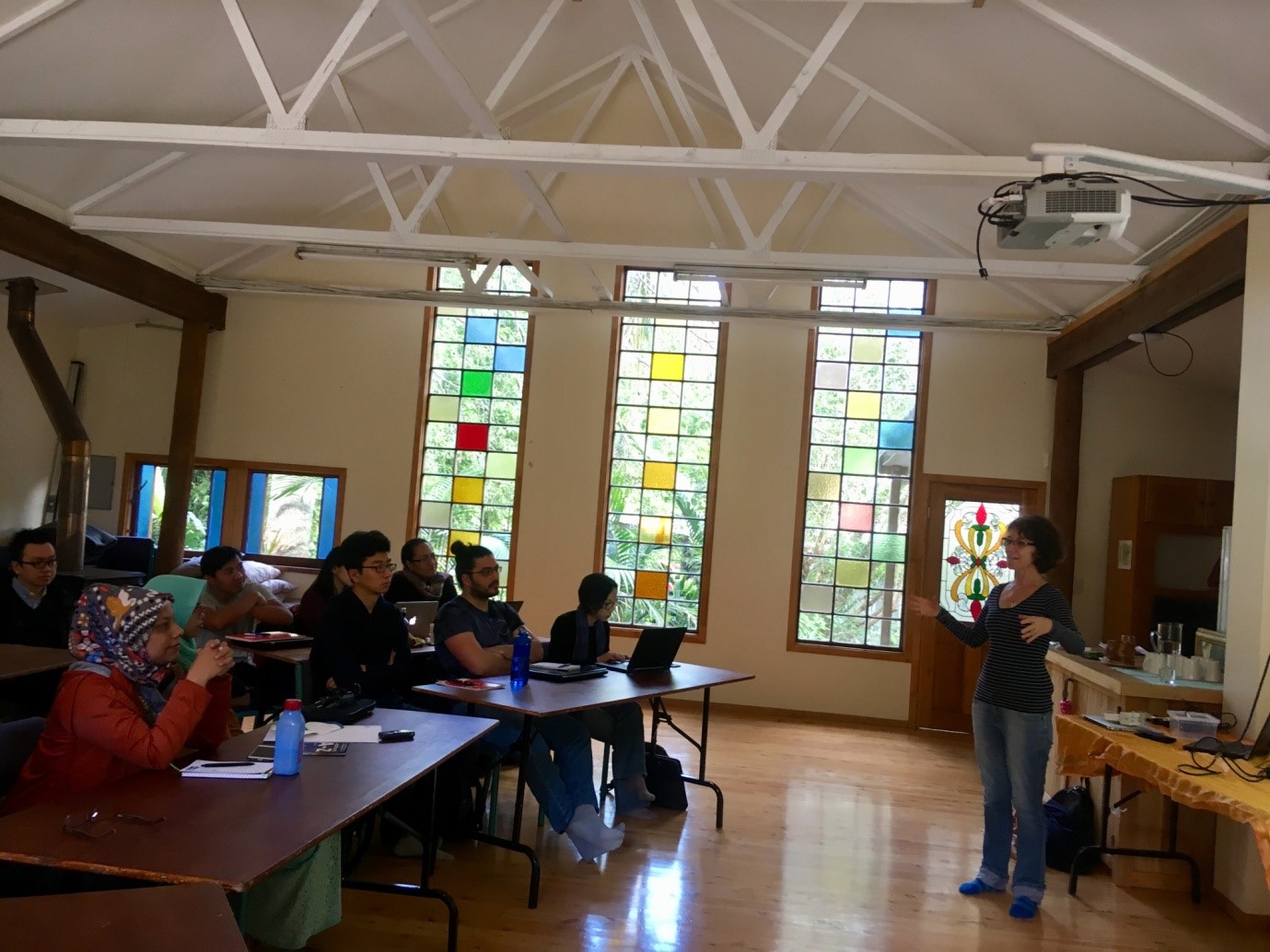