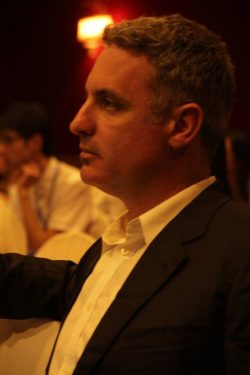 Dar-Nimrod is an Associate Professor at the School of Psychology and the Charles Perkins Centre, University of Sydney. He currently serves as an associate editor for the Asian Journal of Social Psychology as well as Heliyon Neuroscience. He received his PhD in social psychology (2008) from the University of British Columbia and completed his postdoctoral training at the University of Rochester Medical Center.

Dar-Nimrod’s main research focus is social cognition – the manner in which our social world affects our cognition. Within this focus, Dar-Nimrod concentrates on understanding how a deeply rooted psychological mechanism – Psychological Essentialism – is involved in categorising people into groups, leading to a host of effects on people’s beliefs, emotions, and behaviours. His research on this topic appeared in myriad of prestigious journals, such as Science, Psychological Bulletin, and Genetics in Medicine.

In addition to this main line of research, Dar-Nimrod maintains productive research foci on a number of topics, such as existential social and clinical psychology, sexuality, gender psychology, and the psychology of religion. Similar to his publication record on psychological essentialism, his research on these topics appears in leading journals, such as Nature Human Behaviour, the Journal of Abnormal Psychology, and the Journal of Child Psychology & Psychiatry.