Head of School of Psychology 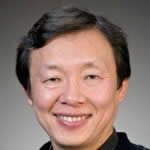 James Liu was born in Taiwan as Liu Hou-fu. His parents emigrated to Taiwan following the civil war in China. They then emigrated to the United States where James grew up in a small town in the Midwest (Carbondale, Illinois). He obtained a Bachelor’s Degree in Computer Science from the University of Illinois, and worked as an aerospace engineer for Hughes Aircraft in the mid-80s. He received aPhD in psychology from UCLA in 1992, did a post-doc at Florida Atlantic University, and was been teaching at Victoria University of Wellington between 1994 to 2015. He is now Head of School of Psychology at Massey University, New Zealand. His father, an eminent neo-Confucian philosopher, refers to himself and his discipline as a “gypsy spirit”, and James shares this inclination. His decade plus in Wellington is the longest state of continuous residence in his life.  A naturalized citizen of two countries, he describes himself as a Chinese-American-New Zealander.

He is author of more than 80 articles and has edited books on New Zealand Identities,Restorative Justice and Practices in New Zealand and Progress in Asian Social Psychology. As Professor of Psychology, Victoria University, he was Co-Director of the Centre for Applied Cross Cultural Research. He devoted considerable energy to establishing a bicultural psychology for Aotearoa/New Zealand, that brings together Maori and European worldviews. He has been Treasurer and Secretary-General for the Asian Association of Social Psychology and been associated with its Executive since its inception. James is currently President of the Association.

Liu, J.H., Lawrence, B., Ward, C., & Abraham, S. (2002). Social representations of history in Malaysia and Singapore: On the relationship between national and ethnic identity. Asian Journal of Social Psychology, 5(1), 3-20.